Historic moment for Morocco! The Atlas Lions defeated Portugal in the quarterfinals of the 2022 World Cup in Qatar on Saturday afternoon. Morocco has qualified for the semi-finals of a World Cup for the first time ever!

Great victory for Morocco in the quarterfinals of the 2022 World Cup in Qatar. After a difficult game with 74% possession for Portugal, national coach Walid Regragui and his players managed to beat one of the best teams in the world to qualify for the semi-finals.

The only goal of the fiery match was scored in the 42nd minute by Youssef En-Nesyri. Morocco is one of the top four football teams in the world! The Atlas Lions will play the semi-final against France.

Congratulations to the Atlas Lions, Morocco and all Moroccans around the world! 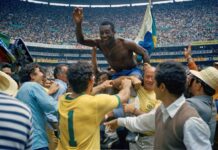 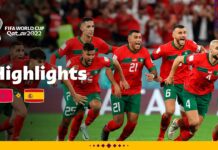